First DRAVA LIFE project press conference was held in the Congress Hall of Park Boutique Hotel in Varaždin in order to present the completed project activities and announce the upcoming plans for the next period.

The Drava river is part of the future transboundary Biosphere Reserve Mura-Drava-Danube, and has a great potential for revitalization and renewal. New practices within the DRAVA LIFE project which will change the water regulation and nature preservation of the area have been introduced to the public. Numerous experiences across Europe had shown that revitalization of rivers and their flooded areas is one of the most acceptable ways of improving ecosystems and prevent floods.

The main purpose of DRAVA LIFE project is to improve the ecosystem of the Drava river in Croatia by implementation of various activities for river restoration, establishment of transboundary cooperation, reducing human impact on river birds and generally raising awareness about importance of this area known as „Amazon of Europe“. The purpose of the project is to use DRAVA LIFE project as an example for the best practice of river restoration in Croatia and the Balkan region.

There are numerous embankements for flood protection built along the Drava river (mostly built in the nineteen-sixties and nineteen-seventies of the last century) providing greater security and floods protection in many populated areas on both sides of the river. Construction of additional river chanels will increase resistance to floods on critical areas of the river.

„The leading partner of the DRAVA LIFE project are Croatian waters with their team of ten people. We are responsible for conducting tehnical activities including designing and preparation of the needed documentation, monitoring, land purchase on two locations and performing the most important activity – revitalization of Drava River on seven different locations. The river revitalization that will be performed at those locations is made up of works on the expansion of the river basin and present side-arms, as well as works on initial channels which will create new river bodies, new side-arms with more water that will start expected erosion“, said Zdenko Kereša project manager and representative of Croatian waters.

The erosion will allow for creation of additional habitats for birds, fish, plants and endangered flora and fauna in general, which will improve biodiversity of Drava river. The whole Drava in Croatia is, because of its natural value, part of the European ecological network Natura 2000, regional park Mura-Drava and the planned Transboundary UNESCO Biosphere Reserve Mura-Drava-Danube. Drava river still has gravel bars and steep river banks, the most endangered river habitats that are home for endangered bird species such as the sand martin and the little tern, whose number countinuously decreases.

„WWF recognized Drava river as a significant nature area 20 years ago. Despite various anthropogenic influences Drava river is still home for many plant and animal species. This year we are especially focused on renewal of those habitats and activities that will contribute to the increase of number of birds and plants. For that reason, WWF and BIOM declared 2018 as the Year of the Tern. Two weeks ago we reintroduced two plant species (German tamarisk and Dwarf cattail) which had vanished from their natural habitats because of human activities“, said Branka Španiček from WWF Adria.

The DRAVA LIFE project area covers a length of 310 km, and includes 4 Natura 2000 sites in an area of 67.800 hectares from Dubrava Križovljanska (rkm 322,8) to Osijek (rkm 15). Except for the part between Osijek to the confluence with the Danube (Kopački Rit Nature Park), the whole length of the Croatian Drava is included in the project. There are three public institutions for managing protected nature areas covering this area.

„Activities of Public Institution in Varaždin county include the production and installation of informative-educational points in areas along the Drava River in the county. Those informative-educational info points along the Drava will increase awareness about the project and affect the local population and visitors. The info points will be installed by the end of this year. Local population, tourists and cyclists on the existing bicycle route Mura-Drava bike trail will have most benefits from this activity“, concluded Alenka Car, representative of the Public institution for management of protected natural values in Varaždin county.

River ecosystems are one of the most vulnerable types of ecosystems in Europe. Freshwater species necrose faster than any other species. As many as 81 percent disappeared in the last 50 years, mainly because of construction of river dams that are interfering with the free flowing rivers. The DRAVA LIFE project tries to restore the ecosystem of one of the last semi-natural rivers in central and eastern Europe – the Drava. The mentioned actions will greatly benefit a numerous of endangered habitats and species in Natura 2000 area. The construction of 22 hydropower plants in Austria, Slovenia and Croatia damages Drava river in great measure and leaves just a small part of the free flowing Drava untouched, the greatest part of it remaining in Croatia. 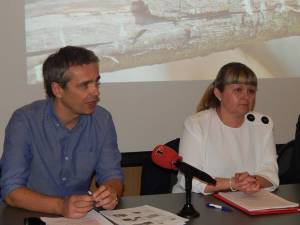 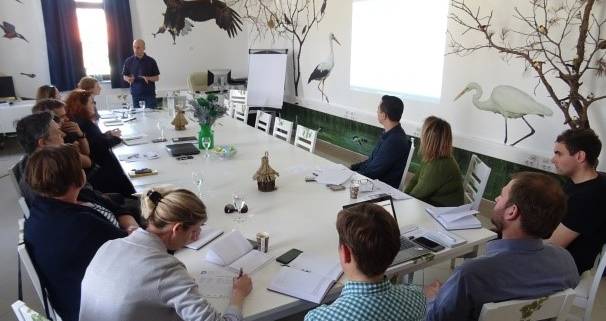 Within the Drava LIFE project WWF (World Wide Fund for Nature) organized a two-day workshop and field trip in Noskovačka Dubrava, Croatia.The workshop was second in a row of three planned to elaborate a Visitor Guidance Plan for the project area involving four Natura 2000 protected areas in Croatia, that will integrate into the five-country Mura-Drava-Danube Transboundary Biosphere Reserve. Experts from nature conservation and tourism sector, regional development agencies along the Drava, as well as NGO representatives and project partners of Drava LIFE have attended the workshop held at the Informative and education center The Drava story in Noskovačka Dubrava, Croatia. International experts of the Austrian integrative landscape planning office Revital moderated the workshop together with WWF project partners. 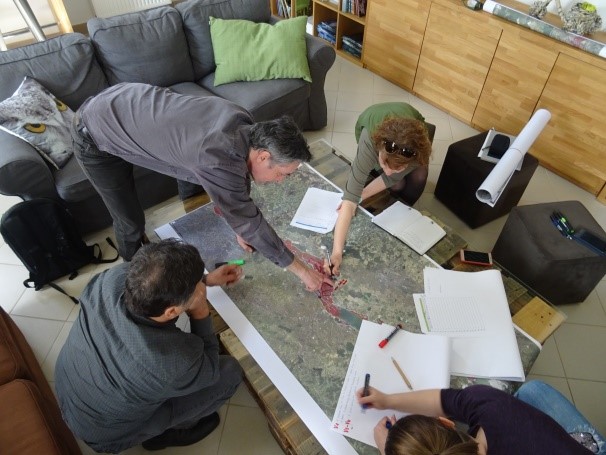 The participants (partners and experts) elaborated in separate small groups their view on zonation of the Drava sections in Croatia from Dubrava Križovljanska to the Danube confluence into visitor and nature zones. The zonation was based on outcomes of the first workshop on the same topic in November 2017, during which an inventory and mapping of existing ecological sensitivities and existing recreational and educational uses along the Drava was done. The maps of the first workshop had been digitized and prepared as working material for the current workshop.

On the second day the participants made a guided cycling tour. The tour started at the educational centre at Noskovačka Dubrava, led upstream of the Drava to the swimming area close to the village of Sopje and returned inland through the villages of Sopje and Noskovci. During the tour it was possible to see the existing bike route, recreational areas (including picnic areas, landing stages, huts, etc.) bike stations, etc. and to discuss possible actions, problems of illegal huts as well as planned projects along the route.

Results of this workshop will be further processed and serve for preparation and continuation of the Guidance Plan process later during the year in an upcoming international workshop aimed for finalization of the Plan. 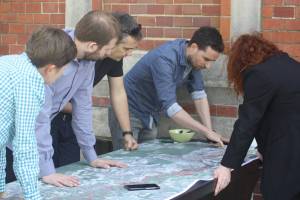 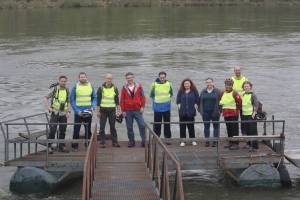